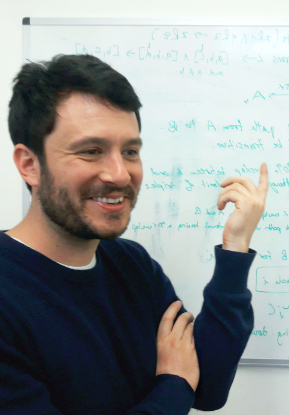 I’m a lecturer at King’s College London, where I’m based in the Yeoh Tiong Lay Centre for Politics, Philosophy & Law. Most of my research is in moral, legal, and political philosophy. Before coming to King’s, I was a Postdoctoral Fellow at the McCoy Family Center for Ethics in Society at Stanford University. Before that, I received a PhD in philosophy from the London School of Economics. I also have an MPhil from the University of Oxford and a BA from University College Maastricht. You can read copies of my published work below.

My email address is todd.karhu@kcl.ac.uk.

Here is my CV.

What Justifies Our Bias Toward the Future? Forthcoming in the Australasian Journal of Philosophy.

A person is biased toward the future when she prefers, other things being equal, bad events to be in her past rather than her future or good ones to be in her future rather than her past. In this paper, I explain why both critics and defenders of future bias have failed to consider the best version of the view. I distinguish external time from personal time, and argue that future bias is best construed in terms of the latter. This conception of future bias avoids several standard objections. I then consider a justification of future bias which is consistent with that construal. My discussion points to a new position regarding the basic relation that grounds rational egoistic concern over time, according to which that relation is asymmetric between person-stages. I also explain how this way of justifying future bias would resolve the apparent tension between the future bias we display in our own case and our relative indifference to the timing of good and bad things that happen to other people.

There is widely thought to be a proportionality constraint on harming others in self-defense, such that an act of defensive force can be impermissible because the harm it would inflict on an attacker is too great relative to the harm to the victim it would prevent. But little attention has been given to whether a corresponding constraint exists in the ethics of compensation, and, if so, what the nature of that constraint is. This article explores the issue of proportionality as it applies to the liability to compensate. The view that some perpetrators are not liable to pay full compensation because doing so would be disproportionately burdensome is clarified and defended, and it is asked what view we should adopt instead. A key step in that enquiry is an argument that someone is liable to bear the cost of compensating for an injury if and only if she would have been liable to bear that same cost in defense against that same injury ex ante.

It is more or less uncontroversial that when we harm someone through wrongful conduct we incur an obligation to compensate her. But sometimes compensation is impossible: when the victim is killed, for example. Other times, only partial compensation is possible. In this article, I take some initial steps toward exploring this largely ignored issue. I argue that the perpetrator of a wrongful harm incurs a duty to promote the impartial good in proportion to the amount of harm that cannot be made up for by compensating her victim.

Many people believe that the wrongness of killing a person does not depend on factors like her age, condition, or how much she has to lose by dying—a view Jeff McMahan has called the ‘Equal Wrongness Thesis’. This paper defends an argument that we should reject the Equal Wrongness Thesis on the basis of the moral equivalence between killing a person and knocking her unconscious.